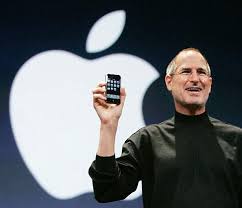 Steve Jobs is no more the pioneer of Apple.“Apple has lost a visionary and creative genius, and the world has lost an amazing human being,” RIA Novosti quoted the company as saying.”Steve leaves behind a company that only he could have built, and his spirit will forever be the foundation of Apple.”

Jobs had been struggling with cancer since 2003. He underwent a successful surgery in 2004 and a liver transplantation in 2008.Steve Jobs was one of the greatest examples of success in the history of American business. He dropped out of college after one year, and never received a degree in technology.

This future Apple CEO earned his living by collecting empty bottles before he started working at a company that produced video games.