The Right Expat Health Insurance is Key For Pregnant women 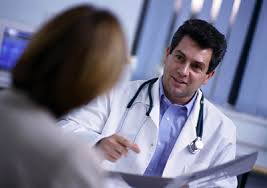 When people move away from the UK to live abroad, there are a range of practical issues for them to deal with. For example, they often have to get expat health insurance so that if and when they need medical attention, they can access it without incurring large bills.

Such financial cover is important for anyone. However, women who are planning to start families may be particularly mindful of getting the right policies.One woman who has personal experience of giving birth overseas is Victoria Scott. Writing in the Daily Telegraph, she said: “A medical gulf emerged between the UK and Qatar during our nine months. In the UK, my pregnant friends were offered two scans; I had one a month at least.

“In contrast to British friends who were often sent home hours after giving birth, I’d be in hospital for a minimum of two days. Our son would be looked after in the hospital’s nursery as a matter of course, unless we requested otherwise.”

However, drawing attention to the financial side of the process, Ms Scott pointed out that if people do not have expat medical insurance, they can end up shelling out a lot of money. She said: “At around £2,000 for a natural birth plus all scans and appointments, it isn’t cheap.”

Meanwhile, she went on to say that if she was having another child, she would again choose to remain in Qatar, rather than returning to the UK. She stated: “Medical care in Qatar is generally good, if a little over-zealous, hence the masses of scans and long hospital stays.”