A Modern Car and Technology 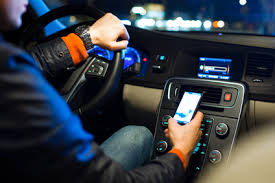 Modern car technology has continued to evolve over the years in an effort to enhance safety of the car owner and increase comfort. Several modern automotive technologies can be purchased and installed to the car or initially incorporated by the manufacturer.

Such new technologies have been devised to also enhance maintenance and operation and more people have invested heavily on these technologies to achieve the best of their cars. The following the most current used technologies in a modern car and their uses;

This new technology uses computerized maps to guide either through visual display on screen or audios to give directions whereby the driver sites the destination and the system will automatically give the direction.

The navigation system is a common automotive technology that comes in different types in the market today with some being originally in put by the factories or secured by the consumers separately.

This is a feature installed to most modern cars to conserve fuel as much as possible and automatically switch off non -essential systems of the car. With the continuous increases in fuel prices, economy mode is a current car innovation that will enable gas powered cars to use less fuel.

This mode enables the car owners to make extra savings on money that would have been spend on gasoline since it reduces fuel consumption as it controls the cars acceleration and conditioning part and increases the stability of the car.

Economy mode works differently in different cars, with there are various features in the market such as:

2. Infiniti M. This works towards fuel intake minimization by changing the positioning and shifting of the throttle to increases vibration.

3. Equinox. This comes in form of a button which is pushed by the driver on the speed auto track to lower speed and stabilize the car.

Modern cars are extensively using computers to increase their power, safety and efficiency. There are several modernized computers that are available today in the market.

1. The diagnostic computer technology helps in monitoring the vehicle and updates you on any problems in your car by appearing on the dashboard.

2. The control engine unit technology controls the engine in such a way that it performs at the allowed level and more efficiently

3. Safety Computers. For vehicle safety and stability these computers help to transfer power to wheels and engage the motor to control the brakes. Alarms also computers to sound when someone tries to get to a locked car.

4. Performance computers which combine air and fuel with enough volumes of ignition to the engine giving enough power and eliminate production of bad emissions.

Modern car technology has been basically produced in hardware form where installation will be done to the car which is simplified that even the navigation tools being applied from the automaker directly.

Like in airplanes black boxes for data storage are also being used as part of modern technologies to trace car crashing details in terms of speed, location and help while filing for claims with insurance bodies.

There also other technologies such as run flat tires which do not change their shape even without pressure. This helps in case of a tire puncture to keep running for some time before fixing. There has also been a prospect in the market for cars with technology that enables the car to park itself or even drive itself.

It sounds interesting though but the world of technology is widely changing in way that registration with bodies such as dvla contact is not the only way to safety and guaranteed trail or audit when faced with lose or an accident. Technology has revolutionized the car industry to another level today beyond just mere driving test and registration.