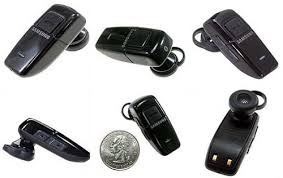 There are lots of different mobile phone accessories available these days for consumers to choose from and it seems like some of these are likely to be in high demand.Because people tend to take their handsets around with them virtually everywhere they go, it is easy for them to damage the items and lose important parts, like batteries and chargers.

Meanwhile, it appears as though some people are somewhat careless with their phones. Recently, Mobile Insurance revealed some of the most outlandish insurance claims it has received within the last year.

One example involved a woman in her 40s from Nottingham who said she had absentmindedly baked her Nokia 6303i into a Victoria sponge that she’d made for her daughter’s birthday. Meanwhile, another lady stated she’d had her mobile snatched from her hand by a seagull while she was out walking on Barry Island beach in Wales. Perhaps even more bizarrely, one man claimed his phone had been fired 3,000 feet into the air after being left in the “blast zone” during a display of fireworks.

Another incident involved a couple who said they were re-enacting the “I’m king of the world!” scene from the blockbuster movie Titanic while on a cruise ship and lost their phone overboard as they tried to take a photo. Commenting on cases like this, managing director of Mobile Insurance John Lamerton said: “I must say, we tend to see a lot of weird and wonderful claims coming in from customers.”

Thankfully for consumers who lose or damage phone chargers, batteries, cases and so on, it is now easier than ever to source replacements online.This guest blog post is written by Webmaster of uk.cellphoneshop.net, offering mobile phone accessories and phone chargers services!